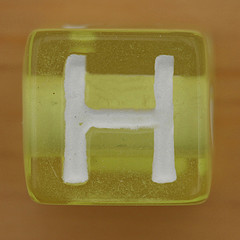 What happens to my home owner’s association (HOA) dues if I file for bankruptcy?

It depends. If you owe HOA dues from before your case is filed, they are discharged in the bankruptcy as long as no lien has been recorded. There is no exception to discharge for pre-petition HOA dues in the Bankruptcy Code. As long as you file your bankruptcy case before the HOA records a lien, then the past due amounts are wiped out. If you don’t pay the HOA dues after you file your chapter 7 bankruptcy case, those dues will not be discharged. They will continue to accumulate until the property title is no longer in your name.

Where it gets confusing is when the property is foreclosed. A foreclosure may take many months to complete. Until that foreclosure is completed and title is transferred the HOA dues continue to accrue and all the dues that accumulated after the date of filing the bankruptcy petition remain due and payable by the debtor under the U.S. Bankruptcy Code.

If you are living in the condo until the foreclosure process is completed, you could pay the HOA dues each month and avoid the problem entirely. If you can, wait to file your case.

If you have surrendered the property in the bankruptcy proceeding, you likely aren’t paying the HOA dues because you have to pay rent somewhere to live.

If you haven’t paid the dues during the bankruptcy will it be a problem for you?

It may not be. This situation often resolves itself in the debtor’s favor because the lender has to clear the title before selling the property. Once the lender pays the dues to clear the title the debt no longer exists. Since the debt claim is based on pre-bankruptcy agreements, which have been discharged, the lender may conclude it has no recourse against the debtor. This means they may not come after you for the HOA dues even though technically you may still owe a portion of them.

Lastly, you could file a chapter 13 bankruptcy case. The 9th Circuit Court of Appeals has held that condo fees that come due after a Chapter 13 case is filed are discharged at the conclusion of the case. This is good news for people who no longer want their condo but the title continues to be in their name after they have walked away from it. Even if title stays in your name for the entire five years that you are in the chapter 13 bankruptcy, if you have surrendered the condo there will be no personal liability for any unpaid HOA dues. When the plan is concluded, you’ll truly have a fresh start.

Guide to Eliminating Debt
Through Bankruptcy for
California Consumers.

Powered by WordPress and WordPress Theme created with Artisteer by L. Ford.